Ottawa, ON – August 17, 2021… Today, Immigrant Women Services Ottawa (IWSO) recognized a significant donation of $10,000 from The Schulich Foundation – the philanthropic vehicle for Seymour Schulich, a leading Canadian businessman and philanthropist.

“I would like to publicly thank Seymour Schulich for his generosity and his pledge of
$10,000 to support the critical programming that IWSO offers immigrant and racialized women in Ottawa and the surrounding areas,” says Mercy Lawluvi, Executive Director of IWSO. “Being able to continue programming, which has become a necessity for the mental health and wellbeing of the women we serve, is imperative, especially during the Covid 19 pandemic.”

The Schulich Foundation’s Executive Vice-President, Judy Schulich said, “We are honoured to support the excellent work of Immigrant Women Services Ottawa. Making sure these underserved women do not fall through the cracks of our society is something The Schulich Foundation takes great pride in being able to support. Through IWSO’s work, they contribute to a stronger, unified, more prosperous Canada.”

IWSO manager for Crisis Intervention and Counselling Services, Josphine Basudde says, “We are grateful to The Schulich Foundation for their Leadership Gift. It is inspiring to see a Foundation outside of our catchment area step up to ensure very important programming continues, as it is our immigrant population that continues to build a stronger community.”

IWSO includes a multi-disciplinary team (crisis counsellors, professional translators, settlement and integration counsellors, and volunteers) offering comfort and support to immigrant and racialized women in Ottawa and the surrounding areas.

About Immigrant Women Services Ottawa:
The mandate of (IWSO) is to empower immigrant and racialized women in the City of Ottawa and surrounding areas to participate in the elimination of all forms of abuse against women; to provide culturally responsive services which will facilitate their access to community and mainstream services and provide other services/programs which will assist immigrant women in their journey to attain their full potential. Immi- grant Women Services Ottawa is a community-based agency serving immigrant and racialized women. We create opportunities for women as they integrate into a new society, rebuild their lives free of violence, and achieve their personal goals.

About The Schulich Foundation
The Schulich Foundation is one of Canada’s largest foundations, having donated in excess of $350 million. Seymour Schulich, a self-made billionaire whose career has spanned stock brokerage, investment counseling, mining and the oil industry, established and funds the foundation. Mr. Schulich holds Canada’s highest civilian award, the Order of Canada, and is among Canada’s greatest philanthropists. Having benefited greatly from a scholar- ship that enabled him to do his MBA, Mr. Schulich has built a well-earned reputation as a champion for education and access to education in Canada and around the world. As a result, The Schulich Foundation has endowed university faculties of business, engineering, medicine, law, education, mu- sic, chemistry, nursing and dentistry; as well as libraries, dormitories, courtyards, medical health centres, lecture and music halls. Over 6,000 scholarships are awarded annually to students in Schulich schools. Their largest current initiative is the Schulich Leader Scholarship Program, awarding $100,000 undergraduate STEM scholarships to 100 students across Canada each year, based on their academic excellence, leadership and Financial need. 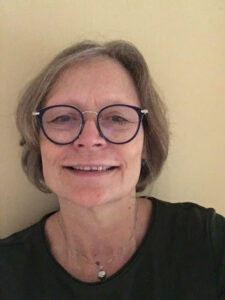